A few years ago a former TDA rider started an organization to raise money for school uniforms for a school in Gonder. This school is for kids from low income families, and as I understand it, if the family can’t afford to buy a uniform, the child is prevented from going to school. I was lucky enough to be able to attend the ceremony where the uniforms, along with backpacks filled with pens and pencils were handed out. I don’t know the ages of the kids, but they appeared to be between about 5 and 15 or 16. Many of the older kids were attending school for the first time, having been needed to work to help their family previously. If my donation helps to educate even 1 child, it pays off in spades as far as I’m concerned.

We were also treated to a traditional dance and a coffee ceremony, which involved a woman roasting the beans, grinding them, then serving us fresh coffee along with popcorn and a cookie. It was a real treat – a coffee ceremony is for special occasions. Coffee is grown quite cheaply mostly south of Addis Abeba, but because of world supply and market prices, it is too expensive for most Ethiopians to drink very often. Meanwhile, I used to think nothing of sitting in Starbucks or the like drinking $4.00 Americano’s.

Here are some pics! 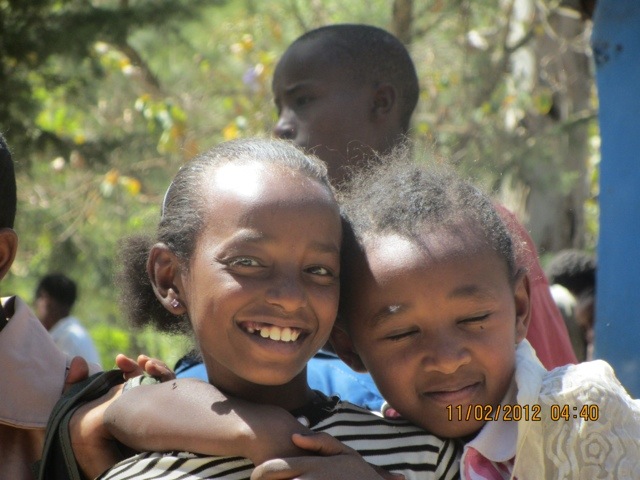 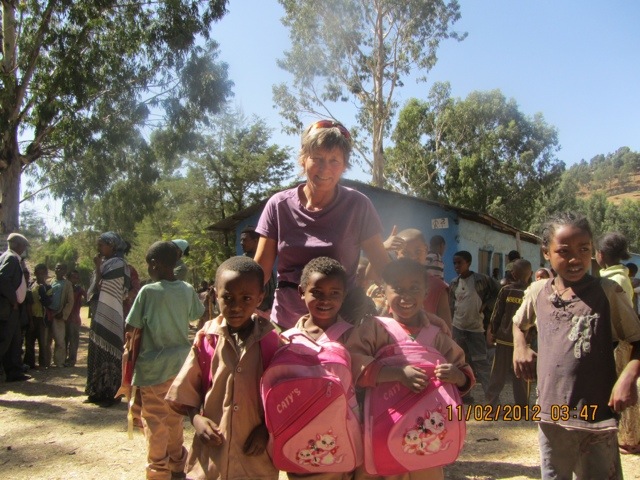 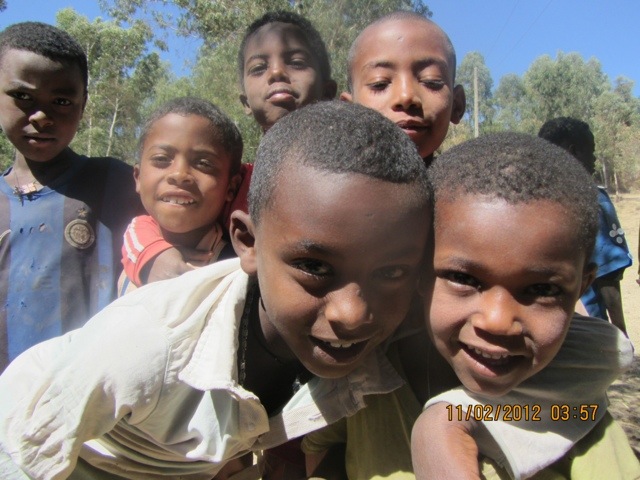 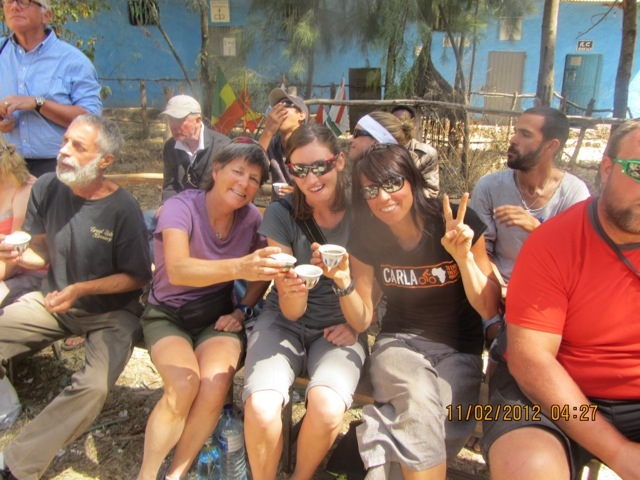 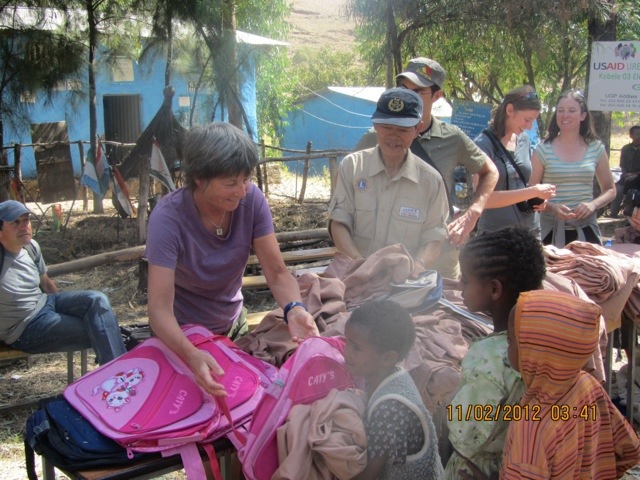 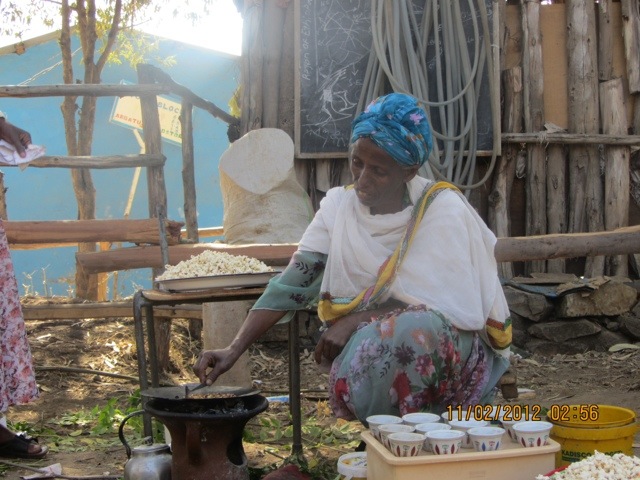 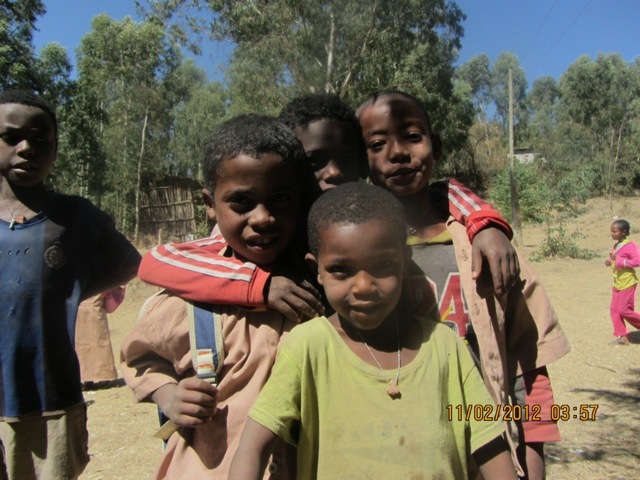 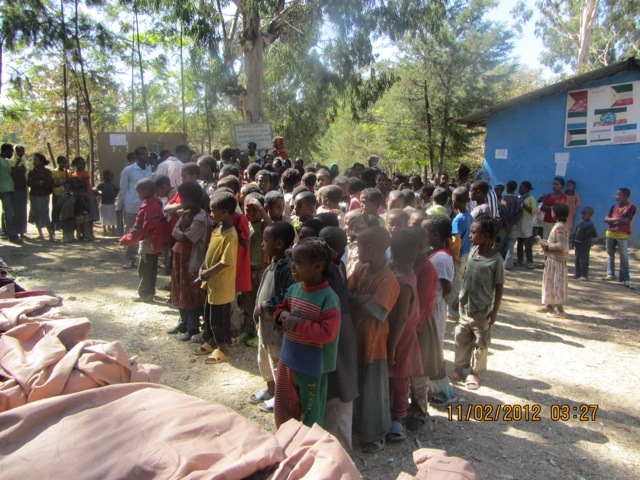 3 thoughts on “Visiting a school”