“His life had been most simple and most ordinary and therefore most terrible.”

That’s a quote from Tolstoy’s novella The Death of Ivan Illych. It has been interpreted in many ways, by many scholars, but I believe it means that Illych lived a life based on conforming and what he thought was expected. Living a simple life can be easy, but it can also mean being devoid of individuality and freedom to be the person we are meant to be.

In the last few years, this quote has resonated very strongly with me, and I am resolved to live my own life, follow my own heart, and most of all to live a meaningful life. For me that means trying to make this world a better place, and one small way of doing that is, in my travels, to contribute in some way. It can be as simple as interacting with communities and just getting to know people, how they live, what their hopes and dreams are, the obstacles they face, and just generally trying to understand life from their perspective. Otherwise, it’s all too easy to turn an unseeing eye and let injustices pass.

That was my mandate when I did my 100 Miles for Elephants walk in Kenya last year. Of course I wanted to raise funds to help stop poaching and to minimize human/wildlife conflict, but I also wanted to meet the local Samburu people who are the most affected.

Our guides were all Samburu (I think there were 24 of them!). They are a tribe who inhabit the northern part of Kenya, and it was a delight to get to know them. They were all friendly, helpful, and very happy to help in any way they could. It was a privilege to meet some of the friends and families of the guides when we passed through their villages, and get to know them a bit.

It was incredibly inspiring. As Westerners, we take so much for granted, but what has become more and more clear to me over the last few years is that we have more than enough – too much, and yet we still want for more. The Samburu have very little in terms of material possession, but it’s enough. Sharing their company for 8 days was moving and refreshing. It’s humbling to be around people who don’t complain and just get on with their life. They sing and dance just for the joy of it.

More will follow on my experiences, but for now this nomad with a restless spirit is off to wander. In the meantime, here are some photos from my trek:

This is baby Ringo. Thanks to poachers, he is one of only 3 northern white rhinos left in the world.  Ringo lives at Ol Pejeta Conservancy in Kenya, with his mom Sudan. The only male left, who at 42 years, is unable to breed, so the future of white rhinos  looks bleak. Their only hope now is in vitro fertilization 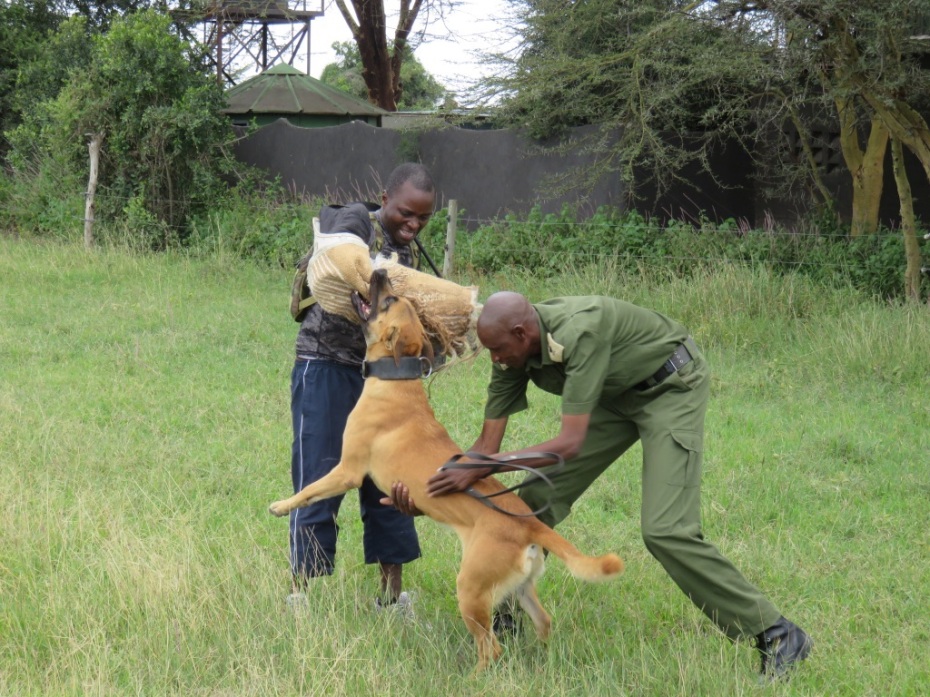 Women from a Samburu village welcome us with singing and dancing 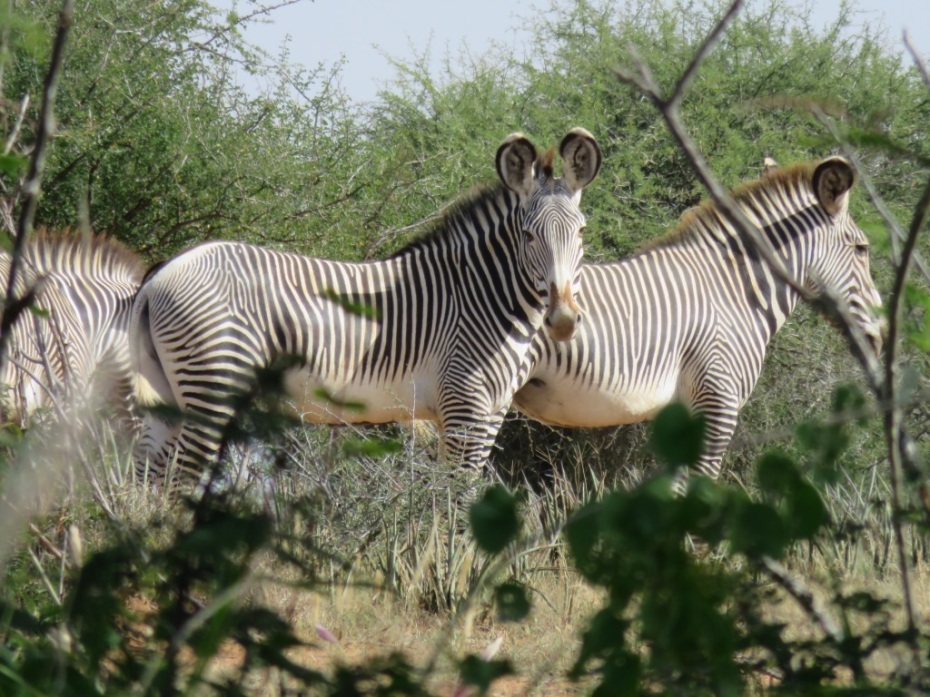 A rock dassie. Hard to believe that its closest living relative is an elephant! 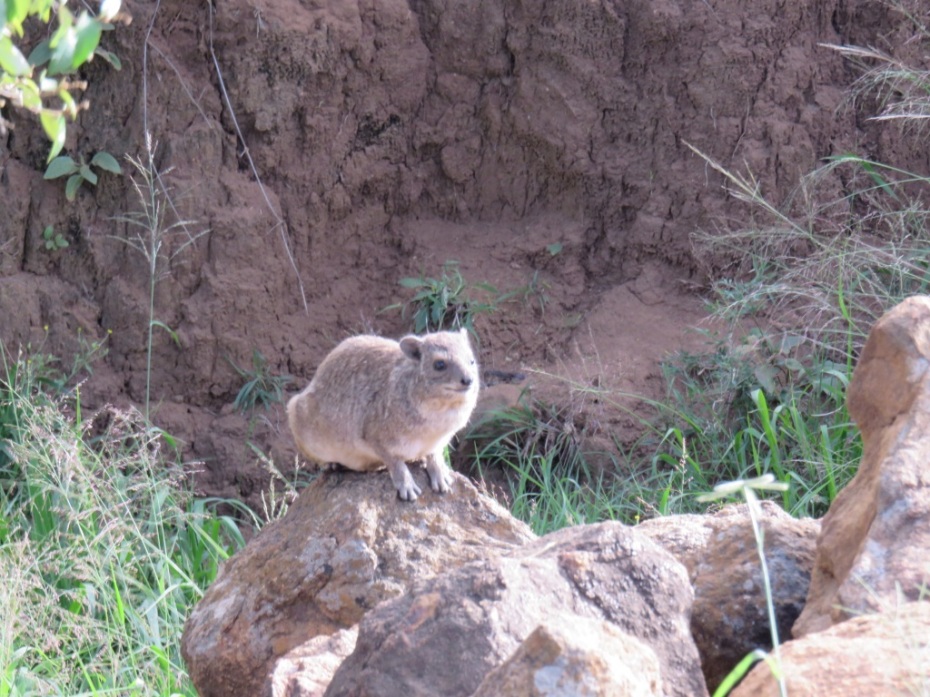 Our Samburu friends dancing for us

A Samburu woman and her baby. The earring and chain in her right ear signify that she is married.

This camel needs a dentist! 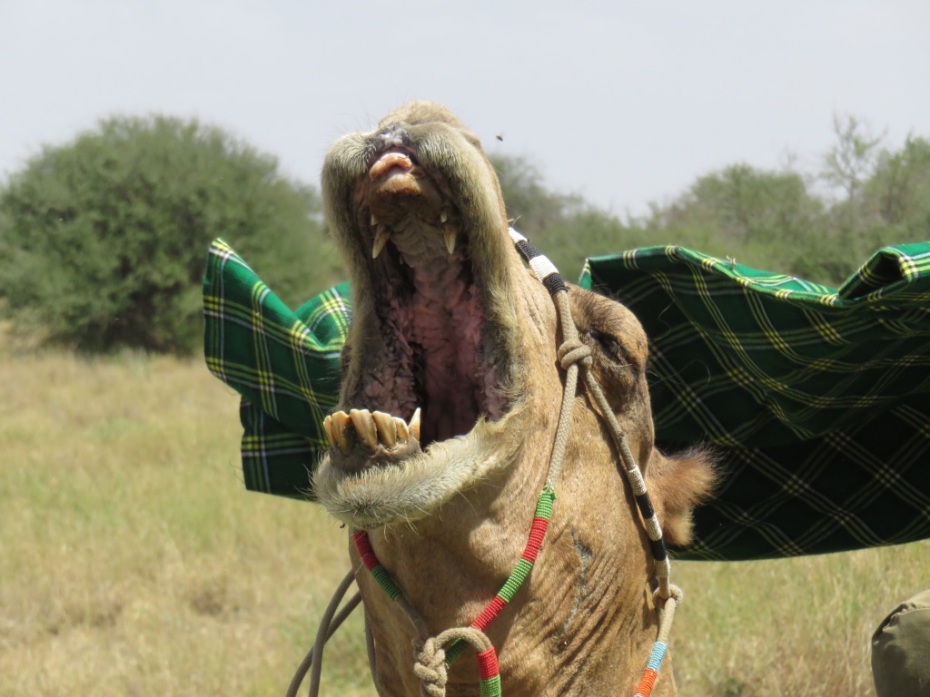 My home for 8 days

Meet Ndotto, one of the baby elephants I fostered at the David Sheldrick Foundation in Nairobi